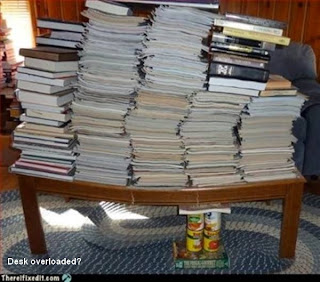 The title is something of a misnomer as I'm always playing catch up. Two books were published last year, one was published in 1851, the rest ... somewhere in between.

1) Revolution in the Head: The Beatles' Records and the Sixties

A erudite, witty & iconoclastic analysis of every song the Beatles recorded. Read my review here.

2) The Complete Beatles Chronicle: The Definitive Day-By-Day Guide to the Beatles' Entire Career

Provides the context of the greatest pop music ever recorded in a story that is almost beyond belief. Parts of the story of Beatlemania resemble nothing so much as the great awakening and from the 62-66 they definitely earned the title of hardest working men in show business.

3) Appetite for Self-Destruction: The Spectacular Crash of the Record Industry in the Digital Age

Who killed the music business? Steve Knopper takes us on a rollercoaster ride of epic proportions. Read my review here.

2010 was the year I finally learnt something about the country I've lived in all my life. Christopher Lee (not that one) made it as painless and entertaining as possible, despite his prejudice against the puritans, Cromwell and Disraeli (?!)

Thanks to this monster of a book I now know more about whales and whaling than I ever wanted. An epic in every sense of the word, Melville takes you on a trip, sometimes so bizarre it feels more like an acid trip.

Reeves spins an utterly original children's yarn of a dystopian future where the great cities are mobile and survive by devouring smaller cities. Peter Jackson has the film rights, so expect a movie sometime around 2050.

8) The Creative Habit: Learn It and Use It for Life

Never thought I'd enjoy a book by a choreographer, but Tharp is so widely versed in all art forms that her illustrations make everyone feel included. Full of great ideas for artists in any field.

Jay Frank examines how previous waves of technology have shaped songwriting before turning the spotlight on the digital age. Thought provoking insights on every other page.

One of the earliest books on the Beatles means that this is entirely free from the airbrushing and Paul vs John agendas that mar recent books. The raw honesty is breathtaking, and the verbatim comments from press conferences are hilarious.
Postscript

I did read some Christian books this year but non of them grabbed me sufficiently to make the list. For most of the last 20 years I've read almost exclusively Christian non fiction titles because that's what interested me the most, but it was probably to my detriment if for no other reason than I found myself judging Christians who 'wasted their lives' reading fiction. I hope I'm becoming a little more balanced in my old age.

What's been some of your best reads this year?

My latest song: You Spoke The Stars
Other free songs by Matt Blick

Songwriter, Teacher, Guitarist, Husband, Father & Renegade Mathematician.
Matt ate a tuna sandwich today because he has a natural need to feed on the fruits of the sea. That's the way Momma Nature built him.
Now who wants to spit in the eye of Momma Nature?