No Future For Dinosaurs 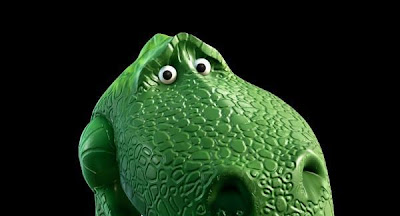 When I was a kid the music business was really simple. Labels discovered artists, artist made music, shops sold music, we bought music.

Things have gotten complicated in the last 15 years and if you’d like to get a handle on why, there's a book and a film could shed a lot of light.

In Appetite for Self-Destruction: The Spectacular Crash of the Record Industry in the Digital Age Steve Knopper does a fantastic job of recasting the recent history of music as a page-turner whodunit of epic proportions. ‘Epic’ referring to epic greed (with a complimentary side order of monumental stupidity). The ‘who’ of course are the major labels (and the RIAA) and the ‘it’ that they ‘dun’ is killed the record industry.

Yes, they did it.

Anytime any new technology appears from CDs & DAT to mp3 players and, yes, of course, Napster, they try to sue it or kill it. Examples abound. Here’s a few of my favourites.

1981-82. After a presentation to executives what they could expect from the new CD technology, they throw it open for questions. Jay Lasker, head of ABC-Paramount records asks why his cable TV picture is sometimes cloudy. 2007. Doug Morris CEO of Universal Music Group explains in an interview with Wired magazine why the majors were blindsided by the digital revolution.


“There’s no one in the record company that’s a technologist…It’s like if you were suddenly asked to operate on your dog to remove his kidney. What would you do?”

“Personally I would hire a vet”.

The sad thing is that Universal did have amazingly talented technologists, like Albhy Galuten, working for them already. They were just overlooked and ignored. They should have been easy to spot. They were the ones wearing Napster T-shirts.

Speaking of Napster the labels had their chance to buy it or make a deal with it. As one artist manager said later, in Napster there were 30 million music users in one place on the net, ready to be sold music, advertising whatever. But the industry killed Napster, Grokster and every other –Ster including a few they created themselves.

Eventually they were left with only one option.

Steve Jobs struck a deal whereby he would get 22 cents on every one of their songs in return for the labels making 0 cents on everyone of Steve’s iPods. And because the labels had already killed off the bricks and mortar record stores the only real record store in town was (you guessed it) Steve J’s online emporium. 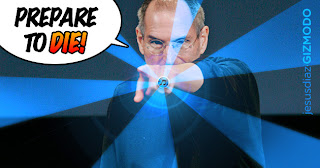 The examples of greed are too numerous to mention but on fact above all others should make every self-respecting musician want to grab a handful of dirt to throw on Sony’s (et al) coffin. When CDs replaced vinyl the retail price jumped $8. Artist’s royalties increased by 6 cents.

If Appetite for Self-Destruction looks backward at what the industry has killed, Brett Gaylor's film RiP: A Remix Manifesto has feet firmly planted in the present and does a great job at looking at what amazing new genres and music media the present copyright-heavy culture is stifling. The journey takes you from mashup artists to Walt Disney as an uber-remixer (who took previously created art from fairy stories to Buster Keaton films and created something new) to the Disney Corps, who are committed to stopping anyone having the freedom to do what Walt built his career on. It ends in South America where we get a glimpse of what a whole culture built on remixing is like.

What was really interesting was the interview with mashup artist Girltalk who has made a whole career of infringing copyright to make some amazing new music. His day job is in medical research where he comments that copyright on medical procedures and even genes could be holding back the pooling of resources which might lead to a cure for cancer. He say "I think  eventually everyone's gonna realise it's beneficial to share ideas".


[If you're subscribed to this blog via email, you will have to click on the post's title to watch any video content (the link will take you my site).
Posted by Matt Blick

Songwriter, Teacher, Guitarist, Husband, Father & Renegade Mathematician.
Matt ate a tuna sandwich today because he has a natural need to feed on the fruits of the sea. That's the way Momma Nature built him.
Now who wants to spit in the eye of Momma Nature?